@TXT_members
Beomgyu (범규) is the fifth member and last introduced from the new boy group TOMORROW X TOGETHER (투모로우바이투게더) under the agency Big Hit Music. He was introduced in a teaser video in YouTube entitled Introductory Film "What Do You Do?" released on January 20, 2019 with his following teaser photos released on different social media platforms.

On January 20, Beomgyu was revealed as a member of Big Hit Entertainment's newest boy group TXT. A new video containing Beomgyu was released on January 29 entitled Questioning Film - What do you see? 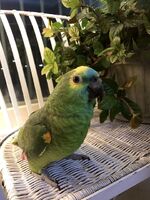